Increasing speed with a well-chosen algorithm

How can a simple buffer increase an algorithm performance?

Initially used to model rabbit population, the Fibonacci sequence is no doubt computer science’s favourite sequence. It’s formed of a sequence of Fibonacci numbers. Fibonacci numbers are a widespread introduction to recursion, and their exponential mathematical properties make them a great adept at showing the difference between efficient and inefficient algorithm.

Fibonacci numbers, F(n) are generated with this simple rule:

The rules above will look rewritten in a programming language like this:

If you run fibNaive(30), you will see that this function already runs in a noticeable time. Let’s examine why is it so slow. The image below shows recursive calls for fibNaive(5) and the same coloured circles represent duplicate computations. 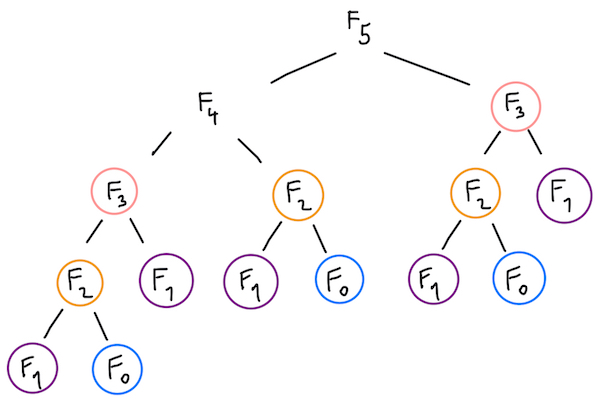 As you can see, even for such a small Fibonacci number, the duplication is very high, and it grows exponentially. Running time for fibNaive(n) is proportional to 2^(0.694n) ≈ (1.6)^n, so it takes 1.6x longer to compute F(n+1) than F(n) ([Algorithms06]). How can we improve the exponential running time of our function?

As you can see in the previous image, our naïve solution contains duplicate computations. If we store the values of F(0), F(1), …, F(n-1) as soon as they become know we will remove the duplication.

Thanks to storing intermediate results, the internal for loop in this solution it executed n-1 time, instead of the exponential time. This is a massive breakthrough in running time.

This chart shows how big is the difference in execution times between the two algorithms. 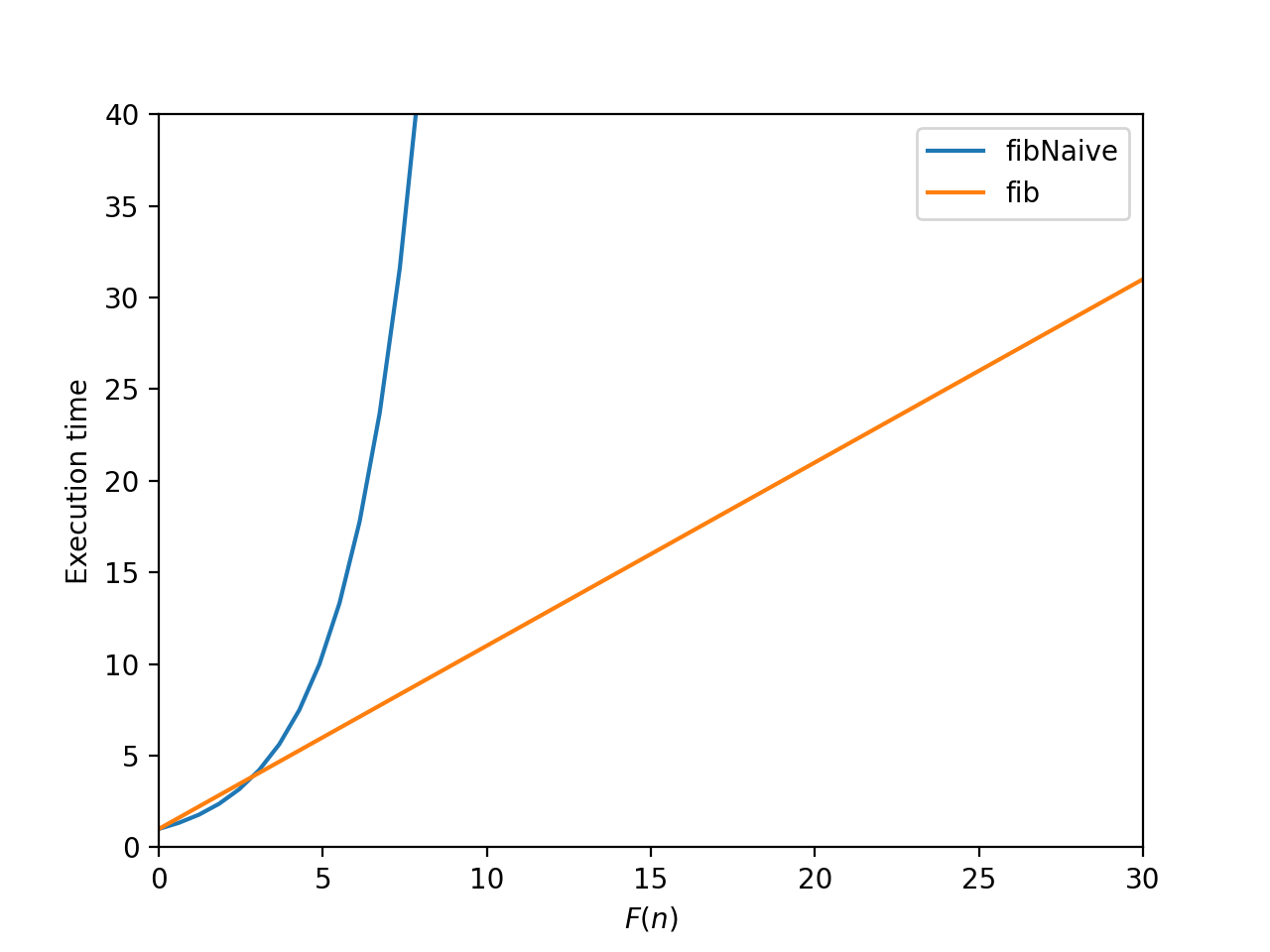 The chart above can answer the question from the beginning of this article. It’s nice to see how a small code update can radically increase the speed of the program.

You might have a question if we can decrease the running time even more, and yes, we can. It’s possible to decrease it to logarithmic time with the help of matrices, but that’s for another time.

Next time you write those nested loops, and your code runs very slow, try to think about running times. There might be a simple solution.

Written by Lukas Hajdu
« Copycat is a bad scout
comments powered by Disqus
©2019 Lukas Hajdu | Except where otherwise noted, content on this site is licensed under CC BY-NC 4.0