The microservice architecture is trendy over the last few years. However, there are more and more cases when companies are moving from microservices back to monoliths.

I came to the Majestic modular monolith talk by Axel Fontaine from watching the Deconstructing the Monolith talk at Shopify. The talk gives an excellent overview of choices when it comes to refactoring with rational reasons why microservices are not always the best solution.

These are my notes from the presentation.

Code starts in our head and ends up running on a physical device. The code size is not a problem for machine or compiler because the machine doesn’t have issues with processing more classes. The real bottleneck is on our side.

We are reading code and trying to understand it 95% of our time. Because of this, we should optimise our code for reading. The optimisation can be done in multiple ways such as adding structure to our code, raising the abstraction level or reducing the cognitive load (better understanding).

Some of the tools for reducing cognitive load and increasing the abstraction level are methods, classes, packages, modules and applications.

Architecture is an interaction and relationship between these.

There are two popular architecture styles for the last few years —monolith with a very negative view and microservices with a very positive view, mainly because of the tech giants. 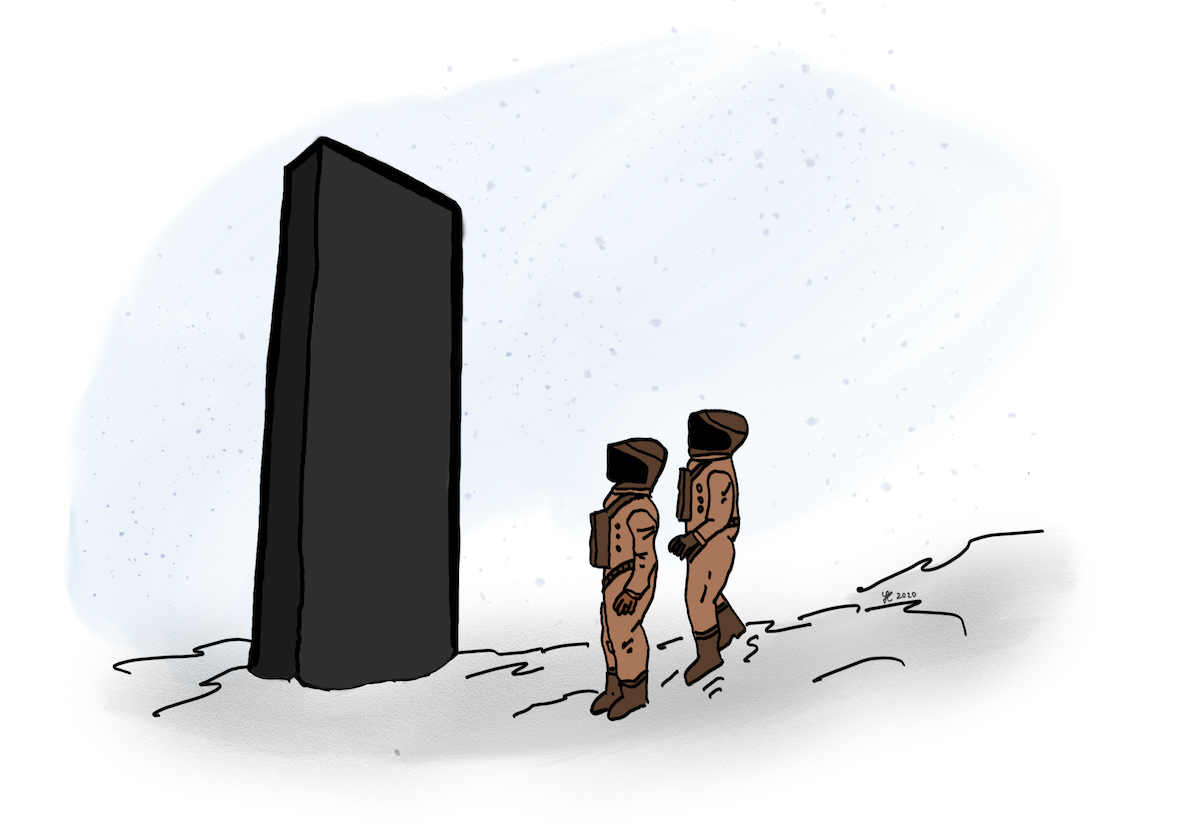 However, we should rectify and use more objective terms to name these architectural styles. We should think about the styles in terms of deployment. A monolith would be an integrated system and microservices a distributed system.

What can they offer?

We can’t treat a monolith and microservices as black & white because there are advantages and disadvantages in both of them.

Monoliths often have a bad reputation and are criticised for their structure, but this is not actually true. Most monoliths have some kind of structure.

This structure may not be perfect, and it can be slightly leaky, but it is usually recognisable. We can often see controllers, services, repositories and perhaps model layers. This layered architecture is pervasive and is very common. It is part of many scaffolding tools and frameworks.

However, things and requirements we start to implement become less clear over time. The structure starts being more complicated as the application grows. We begin to use a little bit of this in one service with a little bit of that in another service, and we end up with broken boundaries between our functional areas.

To tackle this kind of problems we can use Domain-Driven Design.

When it comes to module boundaries within our application, we should look for highly cohesive blocks of functionality. We aim for low coupling to the other modules. Highly cohesive blocks with low coupling could be done by exposing only a small, well-defined API to the rest of the application outside the module revolved around the aggregate root. All the other entities and implementations should be private to the module and not visible anywhere else to reduce the cognitive load.

Separate packages: the simplest option is to have one module, one JAR, and we use a separate package to represent our modules. All the functionality is built together as a part of the same application. This approach works well for tiny systems.

External service: we can pull the functionality out of the main application and move the code into separate services that we can deploy separately.

The spectrum of choices for the integrated system or monolith is broad as you can see in the image above. Once we’ve exhausted all the options for monoliths, we move to the microservice side. The idea is always to start with the most straightforward approach which could work in our context, and once we reach the limit, we should go to the next one.

With a relatively small change, we can gain a whole bunch of compelling functionality for the monolith. We have restricted compile classpath, enforcement of the acyclic graph at a build tool level. We can partially rebuild the project, and it’s easy to see the forest through the trees by looking at auto-generated diagrams from IDEs.

One of the big problems that this doesn’t solve is transitive dependencies to conflicting versions of the same library (JAR Hell).

There are several solutions to tackle this problem:

Code usually isn’t useful without persisting data somewhere. Relational databases are still dominant on the market these days. They provide us with valuable features out of the box, such as referential integrity and atomic transactions.

With our modular application, we want to follow certain rules.

No shared tables between modules: if we take a closer look at the database on the image above we can see that for every module that we have on the top, we have an equivalent set of database objects on the bottom and every module is only accessing its collection. There is no sharing of tables or objects between modules.

No cross-module joins: we don’t want joins between modules because we want to keep our options open for the spectrum of code isolation. We want to have joins only between tables of the same module. Once we get to a point where the integrated system isn’t enough for a module, we want to be able to pull it out into an independent service. It will be difficult to achieve if we would have joins on the database level. Joins should be handled by the APIs.

We have our modules represented by APIs, and their private implementations are accessing their closed subset of the data in the database.

In terms of data isolation between modules, we have again, a spectrum of choices.

Separate tables: the simplest option is to use the same database technology with the same database and the same schema. Every module has its own set of tables in this option. However, this option gets more complicated with the increasing size of the database. It’s easy to accidentally create joins between tables belonging to different modules.

Separate schema: another step up is to use a database schema which provides namespacing. It allows to group together a bunch of database objects logically.

Separate database: following option is to move some of the schemas along with modules into their separate databases. We keep the same database technology to have just one set of expertise we need to manage in-house on the operations side.

Other persistence: if our current technology to underpin the persistence of our modules isn’t appropriate for what we need, and we need to move to a vastly different type of persistence, the last step is to move out.

If we are using relational data at some point, we will need to manage the structure of our schemas to be able to evolve it over time with our application. It’s highly recommended to use a tool for that instead of doing it manually.

Scaling is a big topic when it comes to microservices. The spectrum of choices we have before we exhaust the possibility of being able to scale up is vast. Mainly because we are not limited to one instance, but if we need to scale up our modular monolith beyond the size of that, we can also have multiple of those instances.

Sometimes we don’t want to scale individual modules at the same rate. We might have certain parts of our application that may demand more capacity than others. There is again a spectrum of possibilities on how to deal with this.

RDBMS queue: in case we require asynchronous communication between modules, the often-overlooked solution is to use our relational database as a queue. We can use a simple id: payload structure for creating our queue table. To consume queue messages we can, with PostgreSQL for example, issue a DELETE statement against the queue to remove an item from that queue. We select one item from the top of the queue, and we lock it for updates. If another consumer already locked the item, we have the SKIP LOCKED option. The SKIP LOCKED option says to a consumer not to wait for this item to be released and skip on the next one. In practice, if the message from the queue is successfully processed, we commit the transaction, and the item is atomically removed from the queue with the delete statement. In case of an exception, we rollback the transaction, and the message ends back in the queue.

Dedicated queue: if we reach capacity levels of your database, we can look at moving to a dedicated queuing system where we can deal with a very high capacity (if that’s a concern).

Breaking up a monolith into microservices is a hot topic over the last few years. However, it’s often not necessary. In many cases, it is only a good excuse to move on something more trendy. Microservices can bring us many benefits, but if the organisation has no solid clean architecture foundations, then this can end up in a distributed monolith which brings the worse from both architectural styles.

The modular monolith is for most companies the best, pragmatic approach combining the simplicity of monoliths with the structure and focus of microservices.

Written by Lukas Hajdu
« Troubleshooting Xdebug in a Docker container Using Xdebug with Postman »
comments powered by Disqus
©2019 Lukas Hajdu | Except where otherwise noted, content on this site is licensed under CC BY-NC 4.0